The second hacker that it is my great pleasure to announce is probably the most energetic and passionate fundraiser in Ireland, Justin McDermott.

I've had the exhausting pleasure of working with Justin and really if there was anybody born to be part of Charity Hack he's the man:


Justin has been working in Fundraising for 11 years.  He was Fundraising &
Communications Coordinator with COPE Galway for 8 years,  then became Community
Fundraiser for Ulster Connaught at the Irish Cancer Society, a role he had for just under
3 years.  He is currently Fundraising Manager for the youth mental health service
Jigsaw Galway / Roscommon.  He is involved in sectoral development regionally and is
currently chair of Fundraising Irelands Western Branch.   Aswell as his
professional fundraising experience he has lectured with Irish Academy of PR in their
GMIT campus & worked for a year in New Zealand as a Senior Communications Advisor
to the Minister of Fisheries of New Zealand.

and a photo that isn't quite as cute as Simon's 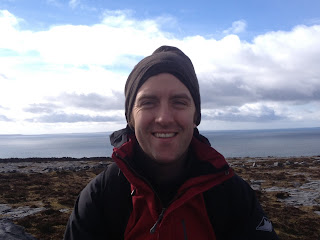