For anybody who doesn't know what the Web Summit is it's basically a massive meet-up for techies, geeks and nerds with over 10,000 people attending. My first impression was Wow this looks like the Young Scientist Exhibition with a much bigger budget. 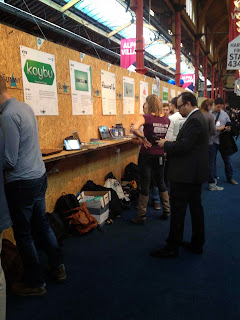 Anyway, I was listening to all these speakers from the biggest tech companies in the world, Facebook, Twitter, Wordpress and lots of others I'd never heard of and I started thinking about what I could learn as a fundraiser and what the charity sector in general could learn from these companies

and I think what I came away thinking strongest about - and I was very surprised by this - is that the charity sector lacks ambition.

"No frickin way!!" I hear you scream.

and yeah while I kinda agree with you

Think about Google's mission
to organize the world’s information and make it universally accessible and useful.

They don't say they want to organize a small set of information in a test case in one region and then pending a successful review process to consider bringing the results to the board to seek approval for a further expansion of the project into a second region with the primary aim not to take any risks or end up on Joe Duffy!

Another speaker I saw Patrick Collison (from Nenagh) when asked what his company does answered simply,
"We're changing the way payments are done online"
again not wishy washy just a statement of intent and when asked how they were going to do it

he's talking about bloody online payments - not that exciting

but it get's back to my point about ambition

and if they do say it, are they bold in how they say they're going to achieve it or do they say

"working with governments and other agencies, we are aiming to build a coherent and sustainable model..... blah blah blah"

Now I'm not stupid enough to say that charities should be reckless but I just wonder why people can be more passionate and driven by working on Online payment systems then eradicating suffering.

Money is not a motivator for driven people - sure, it's nice to have but nobody get's up early and stays up late just for money. It's the buzz they get from achieving, changing the world, being the best, getting there first.

I don't have the answer but the question has been weighing on my mind all weekend.

Maybe it's because we don't expect enough of ourselves 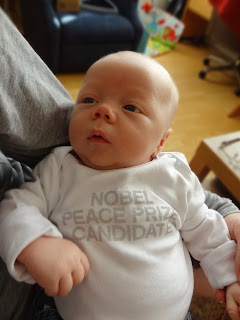 People thought I was crazy!

Surely I don't expect my son to win the Nobel Peace Prize do I?

Isn't it a better ambition to have than that he gets all A's in his exams? Or becomes a barrister and makes lots of money?

Will he win the Nobel Peace Prize - no

but I like that maybe it sets him a goal to be good to people, to be kind, generous of spirit and not worry about what you get back from it.

The rewards will take care of themselves.

Maybe as charities we need to push ourselves towards the higher goals, the bigger challenges and let the small stuff worry about themselves.

Some organisations are doing this.

We all know Charity Water and how amazing they are at everything (well not everything, some question their 100% promise - is it a genius fundraising play, a bit of clever accounting or both?)

anyway the CEO and Founder of Charity Water Scott Harrison spoke at the Web Summit.

First off, anybody who delivers fundraiser talks or presentations in general should see Scott speak - he gave a story telling masterclass and closed with a perfect ask - brilliant

but he also spoke about the ambition of Charity Water

So what did I take from all this and why have I rambled on for so long?

It made me proud of Charity Hack

We set out to create fundraising solutions for 5 charities in 12 hours and we set about doing that.

Will we always succeed? no

Will we try again? yes

Will we reach every charity that needs help in the world? no

Will we keep trying? yes